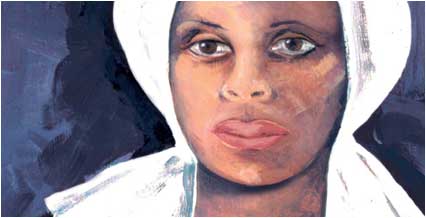 Margaret “Peggy” Garner was born into slavery on June 4, 1834 on the Maplewood plantation in Boone County, Kentucky. Margaret was described as mulatto and worked as a house slave for much of her life. Margaret often traveled with her masters on shopping trips and even to free territories in Cincinnati, Ohio. Margaret may have been the daughter of plantation owner John Pollard Gaines. In 1849 Margaret Married a slave named Robert Garner. In December of 1849 the plantation was sold along with all the slaves to Archibald K. Gaines. The younger brother of John P. Gaines. Margaret and Robert had they first child in 1850 and they named him Thomas Garner and three more after that (Samuel, Mary, and Priscilla). Margaret’s three last children was described as mulattoes and each was born five to seven months after a child born to Archibald K. Gaines and his wife. The Mulattoes children was likely Mr. Gaines children. Margaret conceived these children when the misses was pregnant and unavailable to Archibald.

Margaret mulatto children showed infidelity on the plantation and it was likely that Mrs. Gaines wanted to sell off Margaret’s children.

On Sunday January 27, 1856, On the coldest winter in 60 years Margaret pregnant with her fifth child and her husband decided to gather their child and escape enslavement to Cincinnati, Ohio along with several other slave families. The Ohio river was frozen, but that did not stop the Garner’s or the other escapee’s. Margaret and Robert decided to hided out with their children at Margaret’s Uncle Joe Kite cabin along Mill Creek, below Cincinnati, while the other escapee’s made their way to the Underground Railroad to Canada.

Before the Garner’s could make other move the slaver catchers along with U.S. Marshalls found the Garner’s barricaded inside the Kite’s cabin. They surrounded the property and stormed into the cabin, how they knew the Garner’s were inside is unknown. Margaret grabbed a butchers knife and slit the throat of her two year old daughter killing her and then she stabbed her other children rather than let them return into slavery. 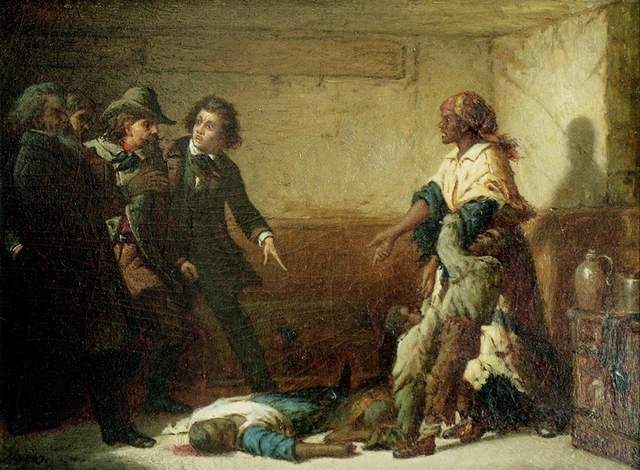 Margaret’s other children survived. Margaret was arrested and tried in what became one of the longest fugitive slaves trials in history. A trial like this would normally take one day but Margaret trial took about two weeks. The judge sent Margaret, her husband and children back to slavery until they came up with an decision on the case. Ohio authorities got a extradition warrant for Margaret Garner to try her for the murder of her youngest child, but when the authorities showed at the Gaines plantation Margaret was already gone. Archibald sold Margaret and her family to his brother in Arkansas. They was later sold in 1857 to Judge Dewitt Clinton, where Margaret died July 22 1858 from a Typhoid Epidemic.

Margaret was 24 years old at the time of her death.

One thought on “Margaret Garner”

The words from great people